In partnership with MOSTYN and Fotografia Europea, and curated by Alfredo Cramerotti, Director, MOSTYN, we developed the UK premiere of Broomberg & Chanarin’s new body of work Divine Violence. Inspired by the annotations and images that playwright Bertolt Brecht added to his own personal bible, and mining The Archive of Modern Conflict, the world‘s largest photographic collection of its kind, the exhibition questioned the unspoken criteria at play within the visual representation of conflict. 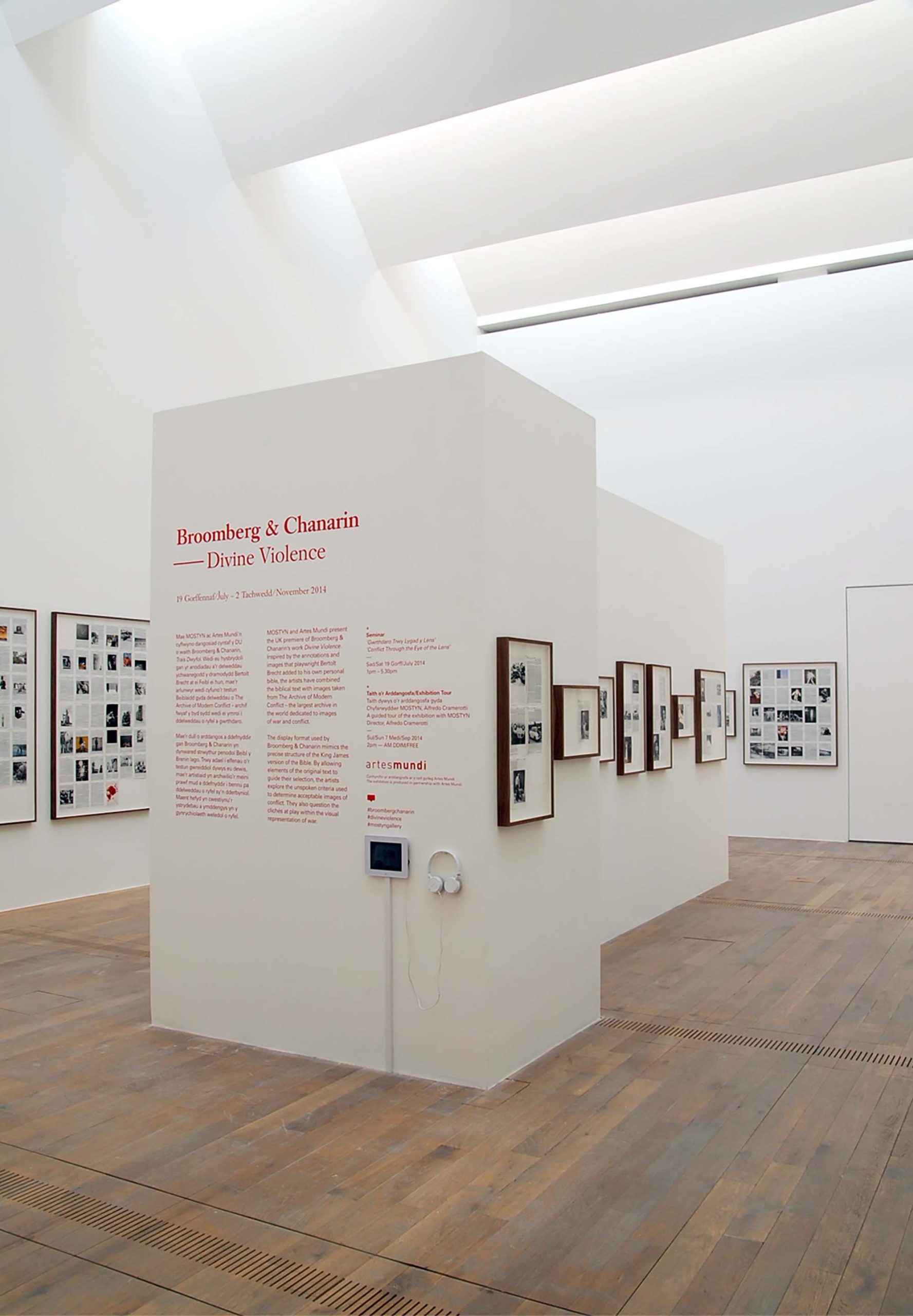 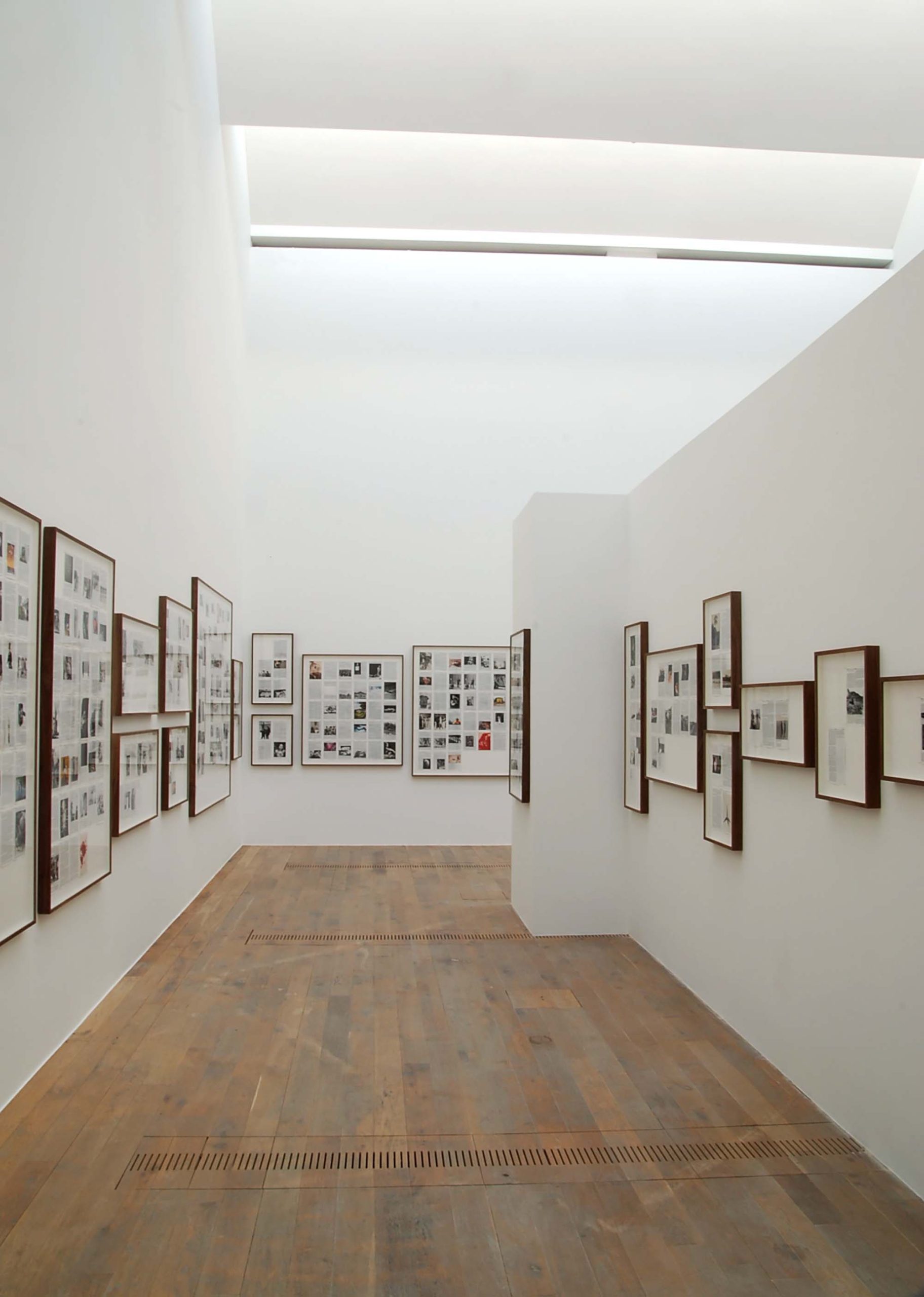 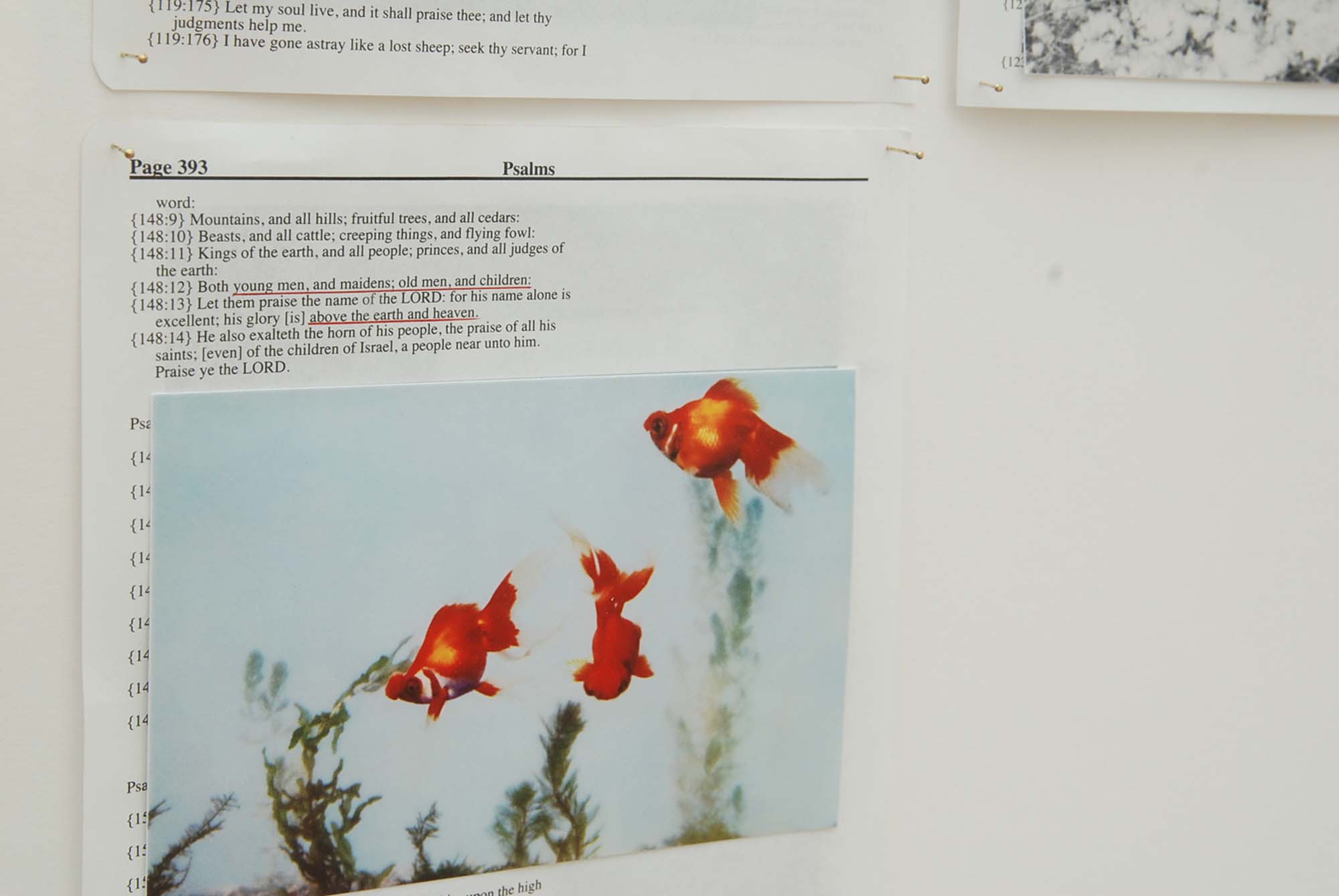 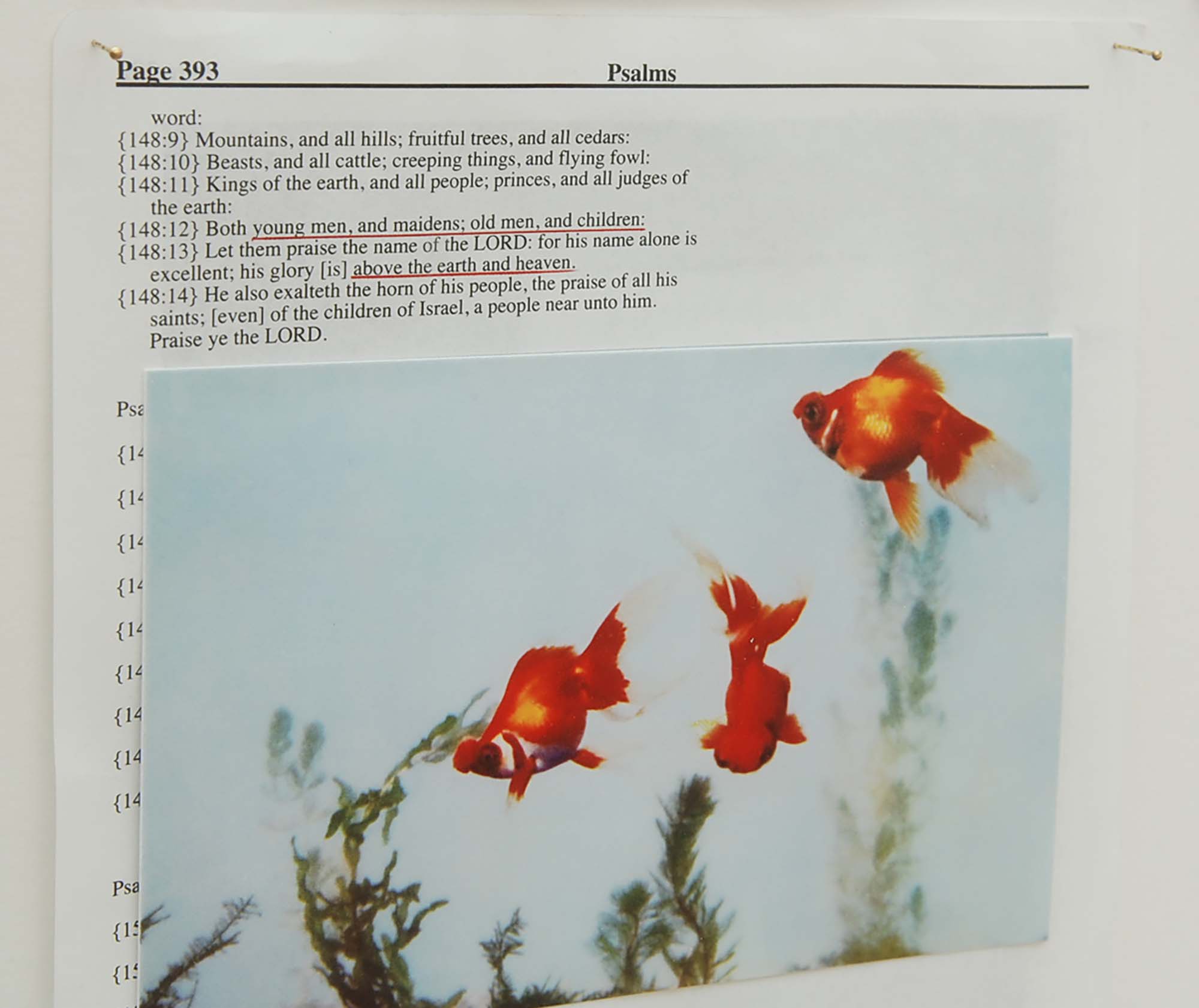 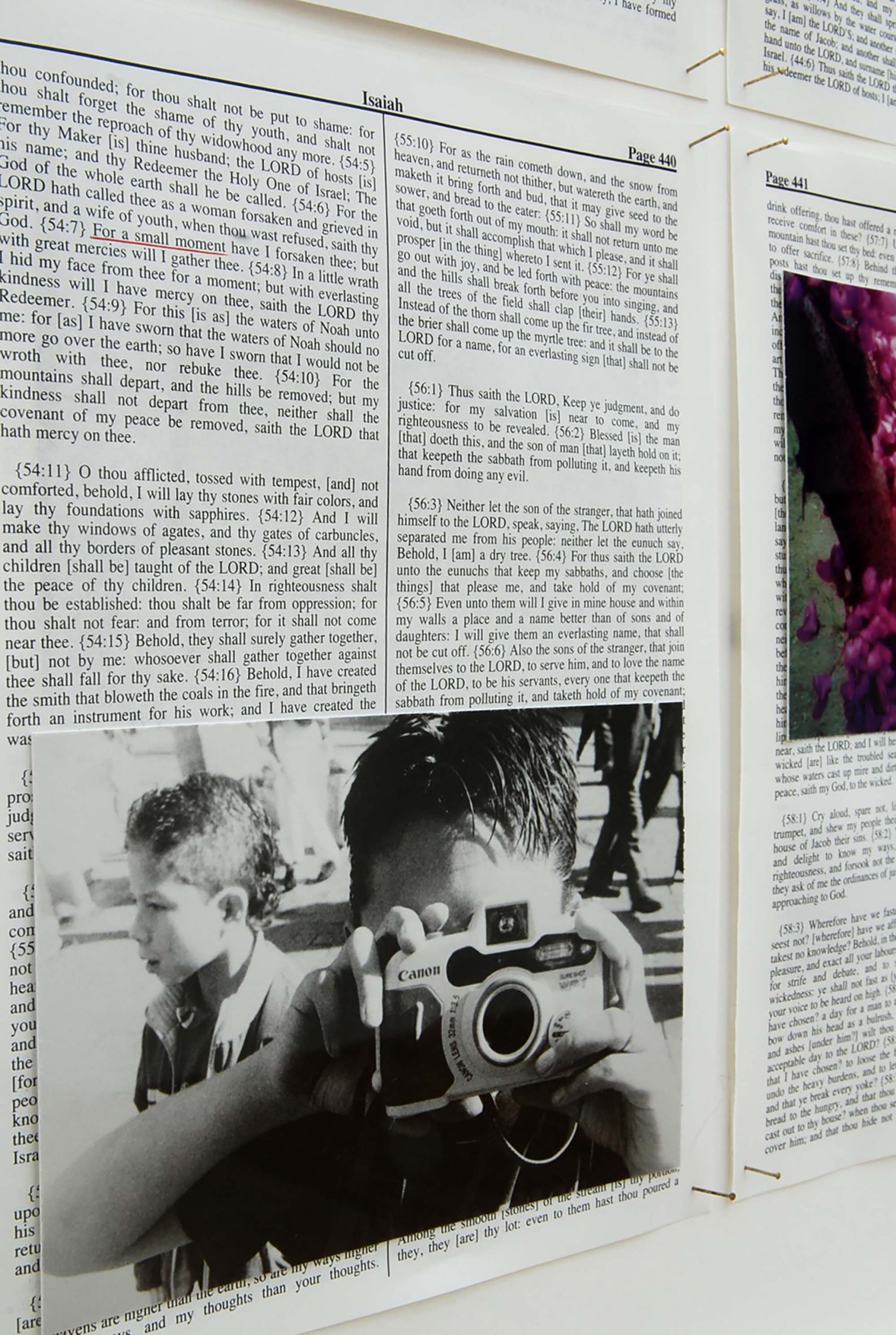 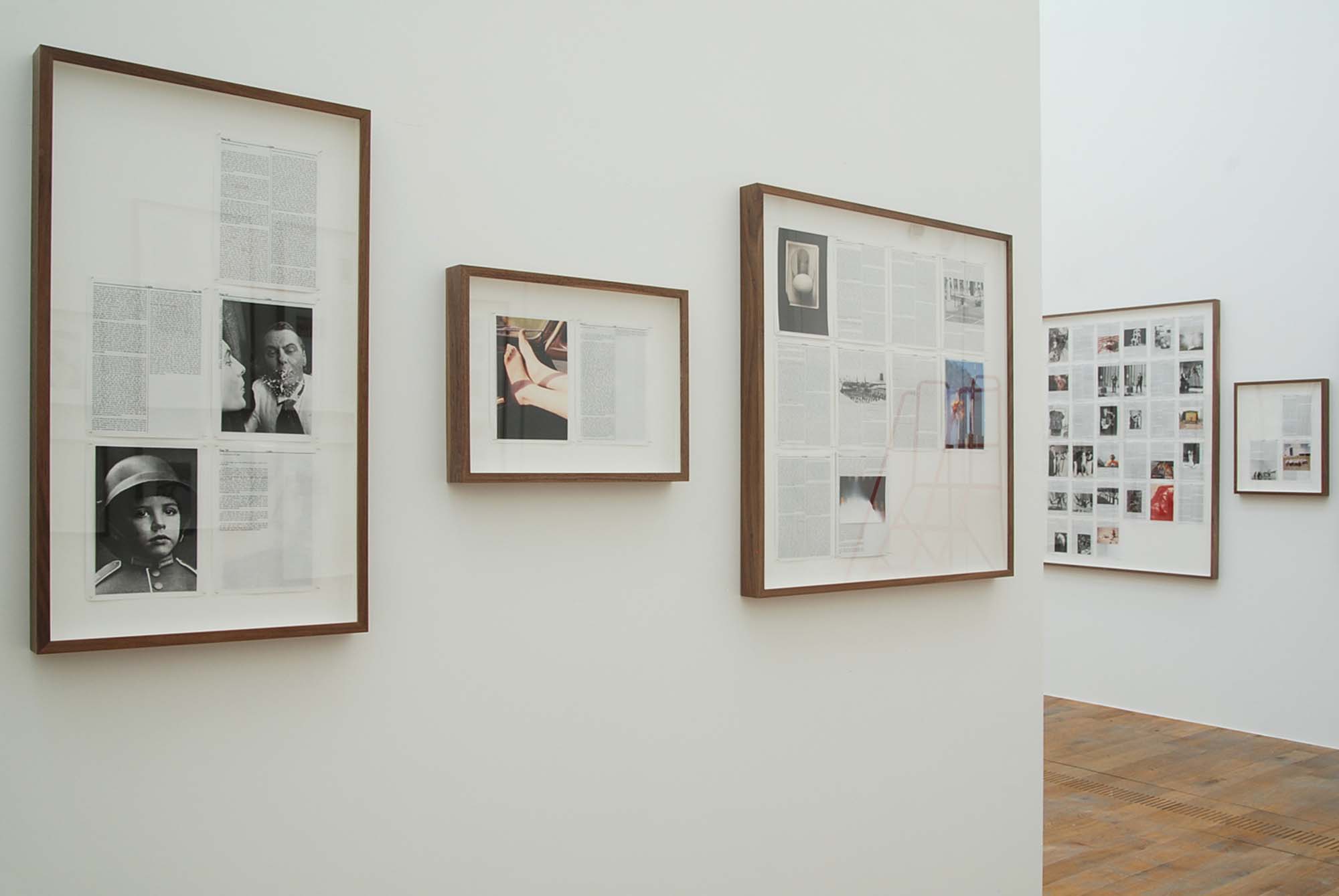 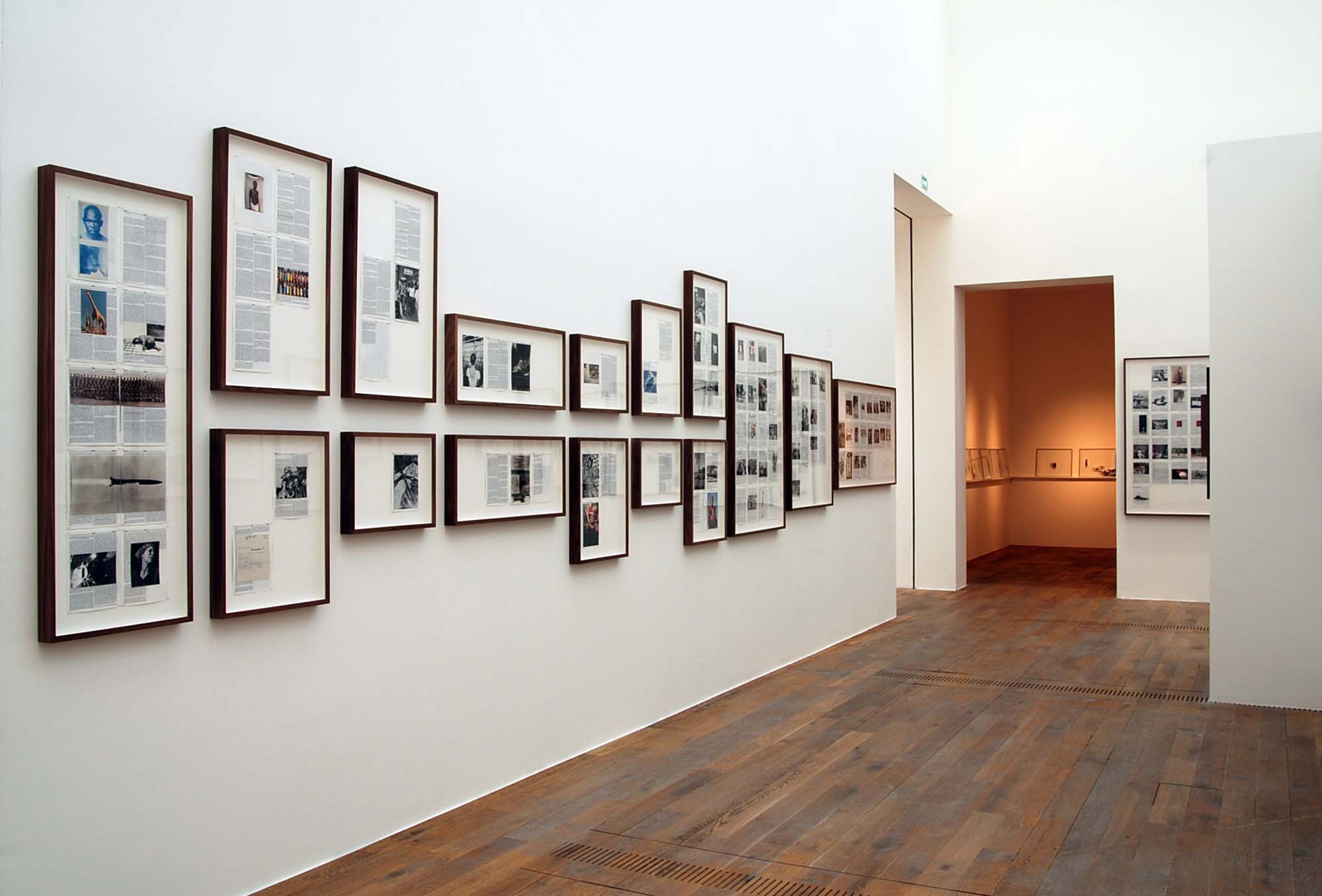 While visiting the Bertolt Brecht archives in Berlin, Broomberg & Chanarin discovered a remarkable artefact: Brecht’s personal bible. The object caught their attention because it had a photograph of a racing car stuck to the cover. Inside the pages they discovered that the German playwright had used his bible as a notebook; pasting in images, underlining phrases and making notes in the columns.

This was the inspiration for their own illustrated Holy Bible, which they realised first in book format (published by Mack, 2013) and subsequently as an exhibition. For this project, the artists combined images taken from The Archive of Modern Conflict – the largest archive in the world dedicated to images of war and conflict – with phrases in the text which they underlined in red ink. A short essay by the Israeli philosopher Adi Ophir underpins the exhibition in which he observes that God reveals himself in the Bible predominantly through acts of catastrophe, and considers the biblical text as a parable for the growth of modern governance. With this exhibition, for the first time Broomberg & Chanarin make this parable powerfully explicit.

Exhibited alongside Divine Violence were two other works by Broomberg & Chanarin: Afterlife, a re-reading of a controversial, Pulitzer Prize-winning 1979 photograph, whose author was anonymous for the next 30 years; and The Day Nobody Died (2008), a series of radically non-figurative, action-photographs produced when Broomberg & Chanarin were embedded with British Army units on the front line in Helmand Province in Afghanistan.

Accompanying the exhibition on 19 July, Artes Mundi presented the second seminar in the ‘Dialogues on Conflict’ series. Bringing together artists, academics, theorists and theologians Conflict through the Eye of Lens explored questions such as What is the relationship between photography & war? How do photographers and artists represent and interpret conflict and how does the mass media use and distribute these images? Discussions centred on the frictions and tensions surrounding authorship, representation and the sacred.