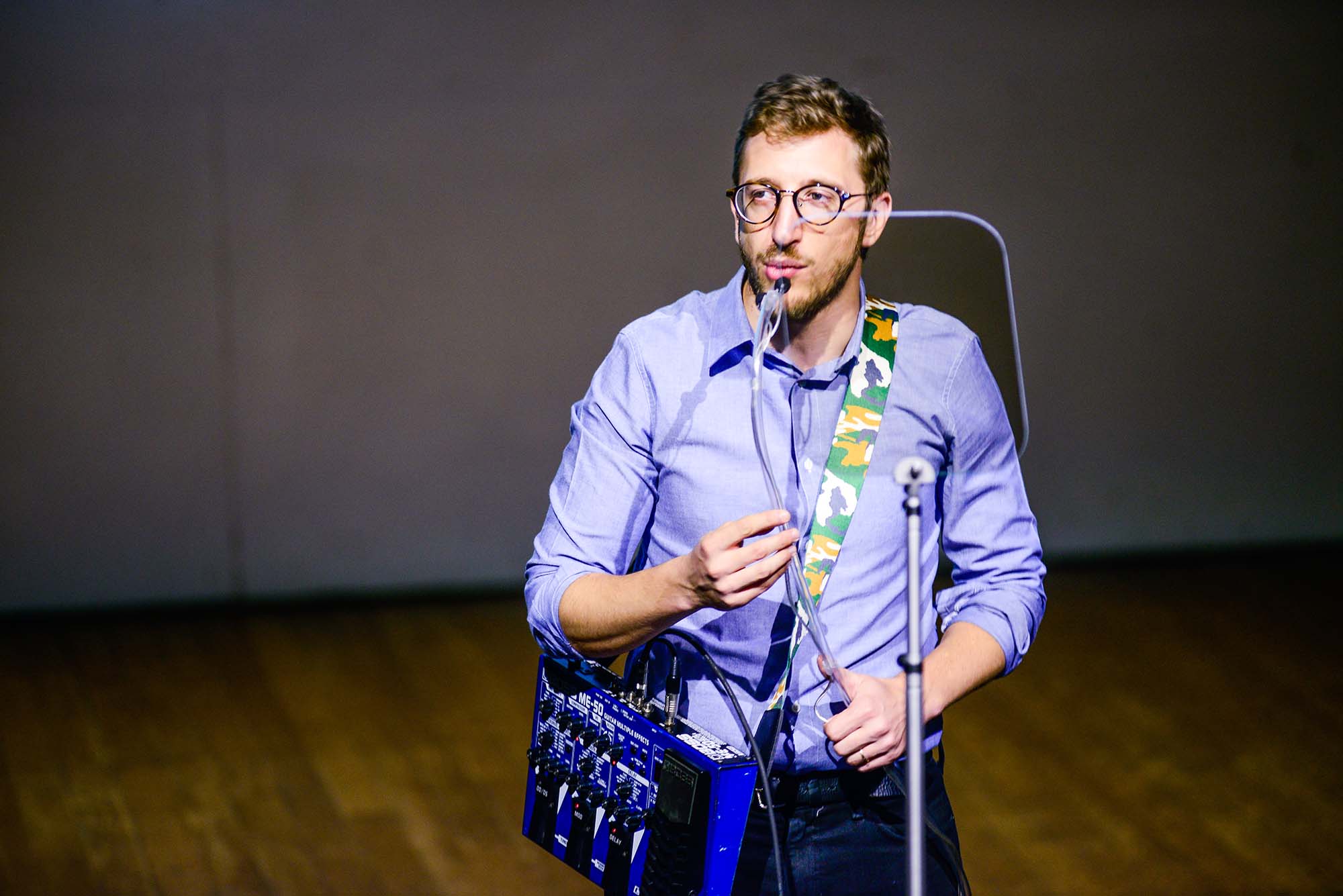 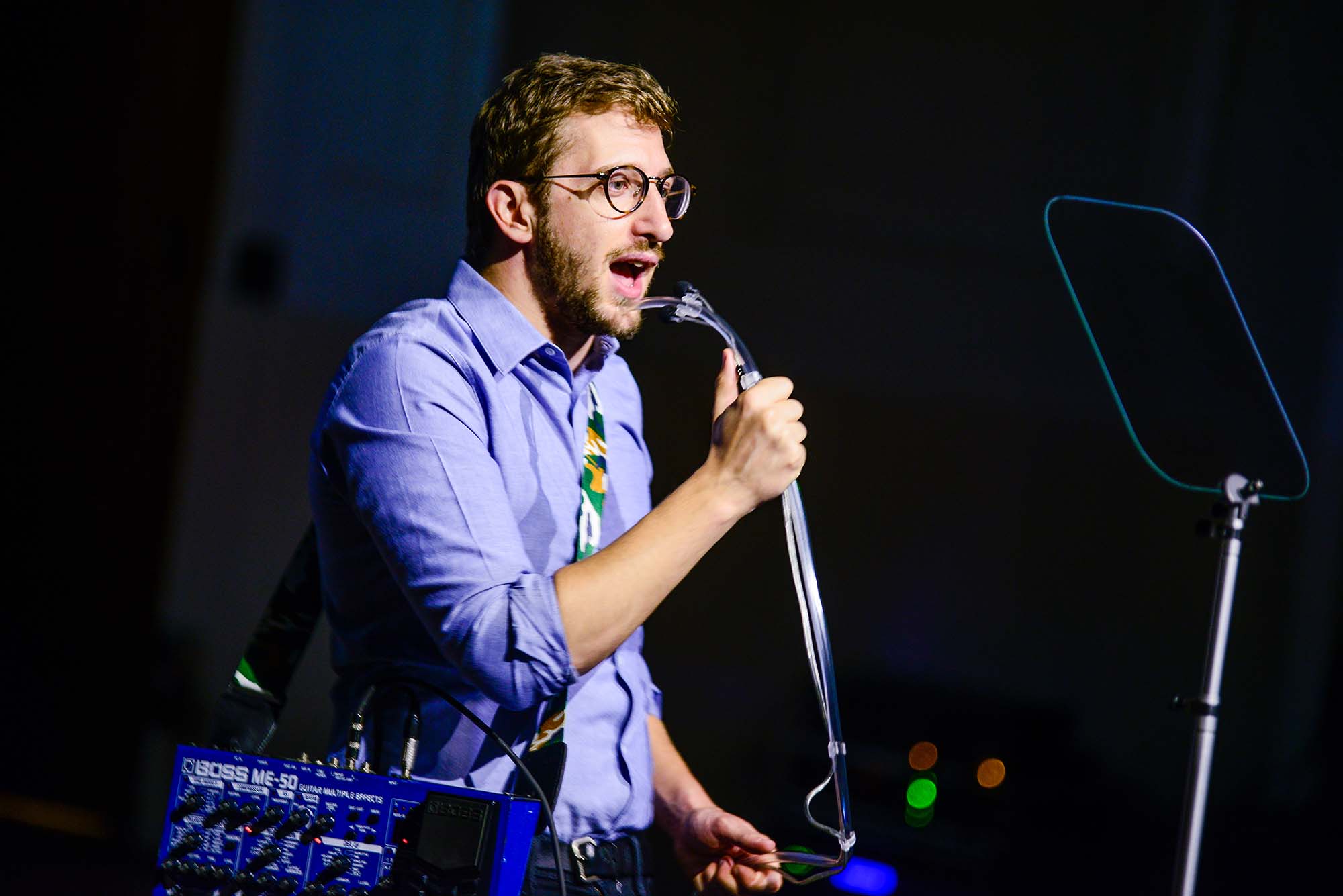 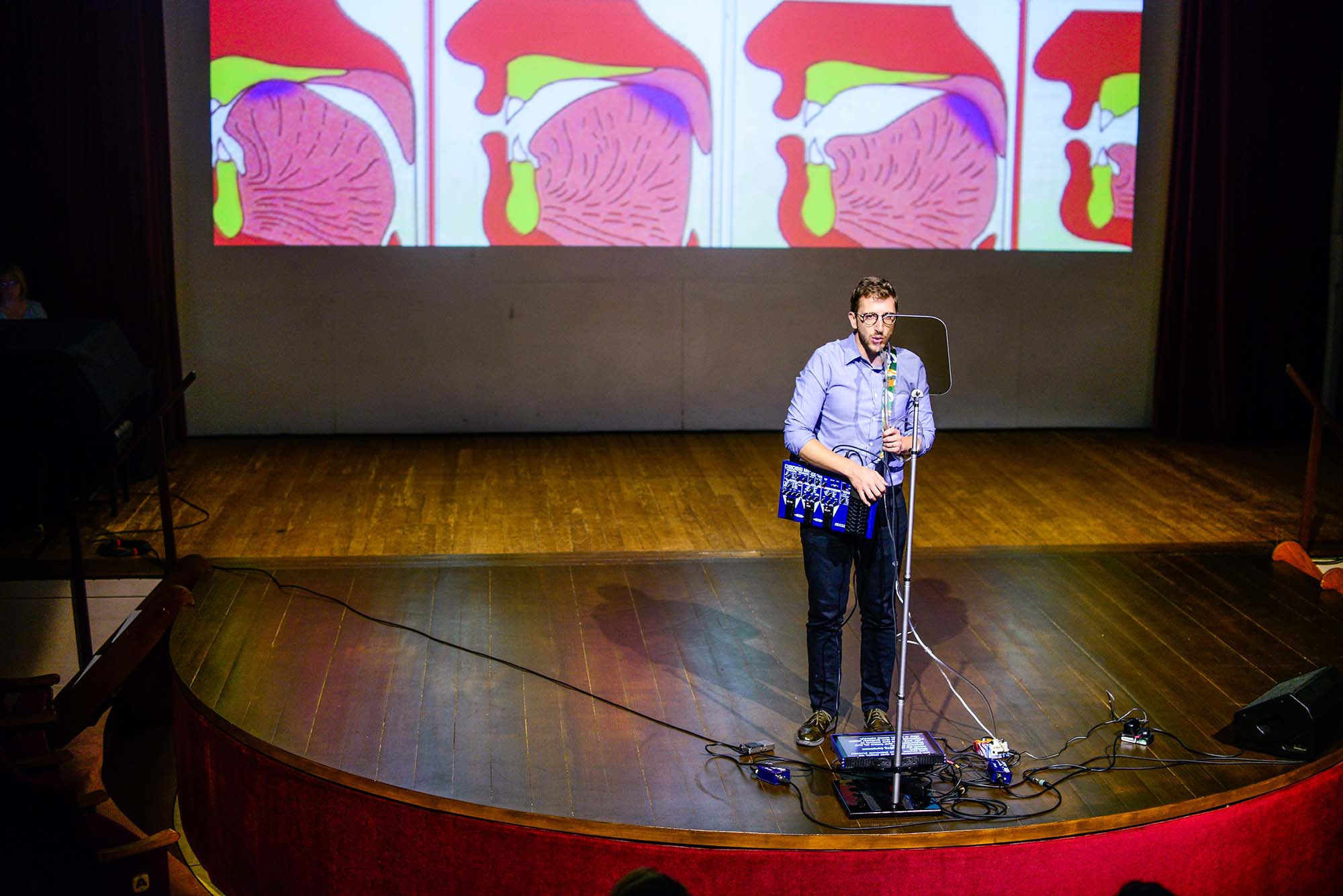 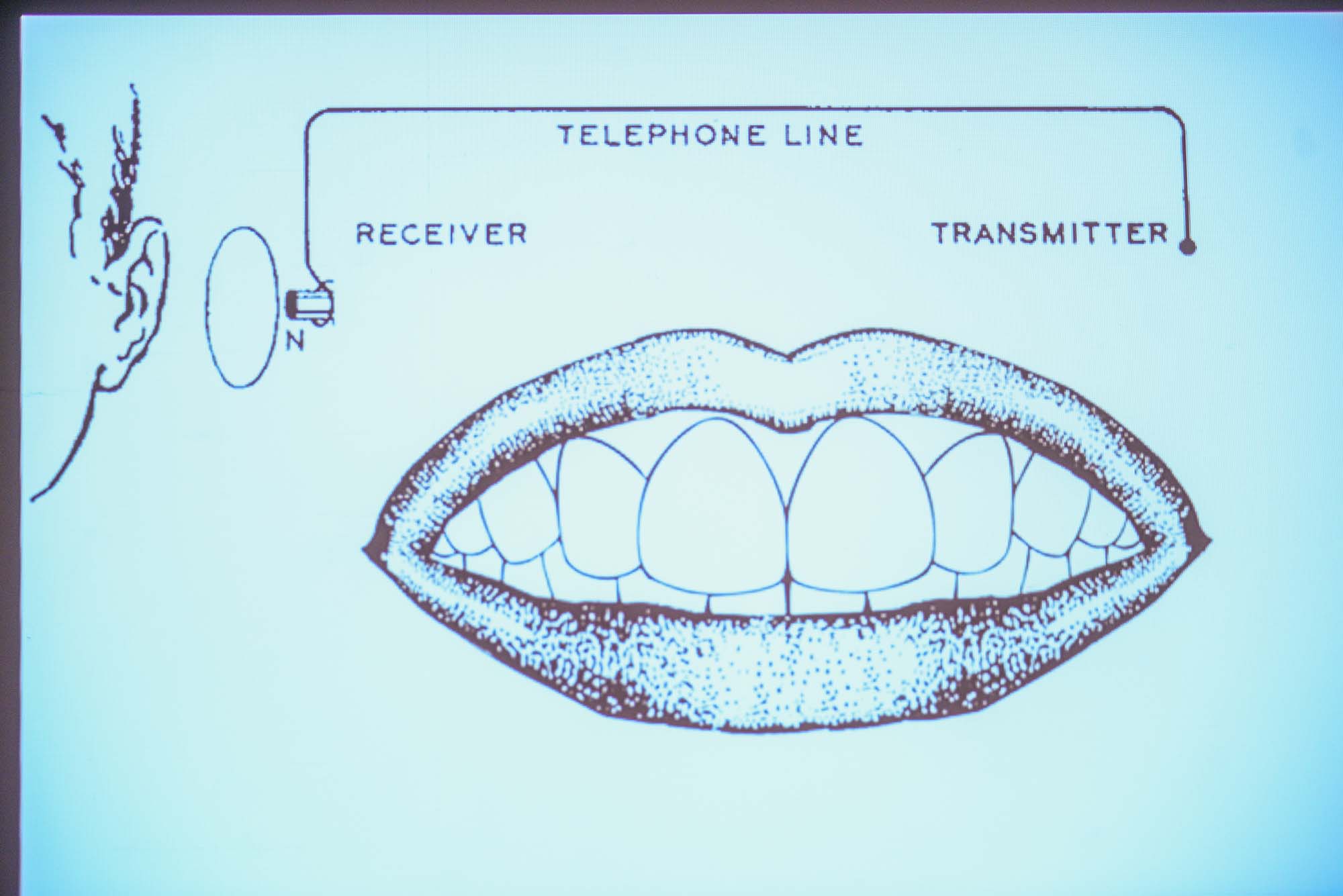 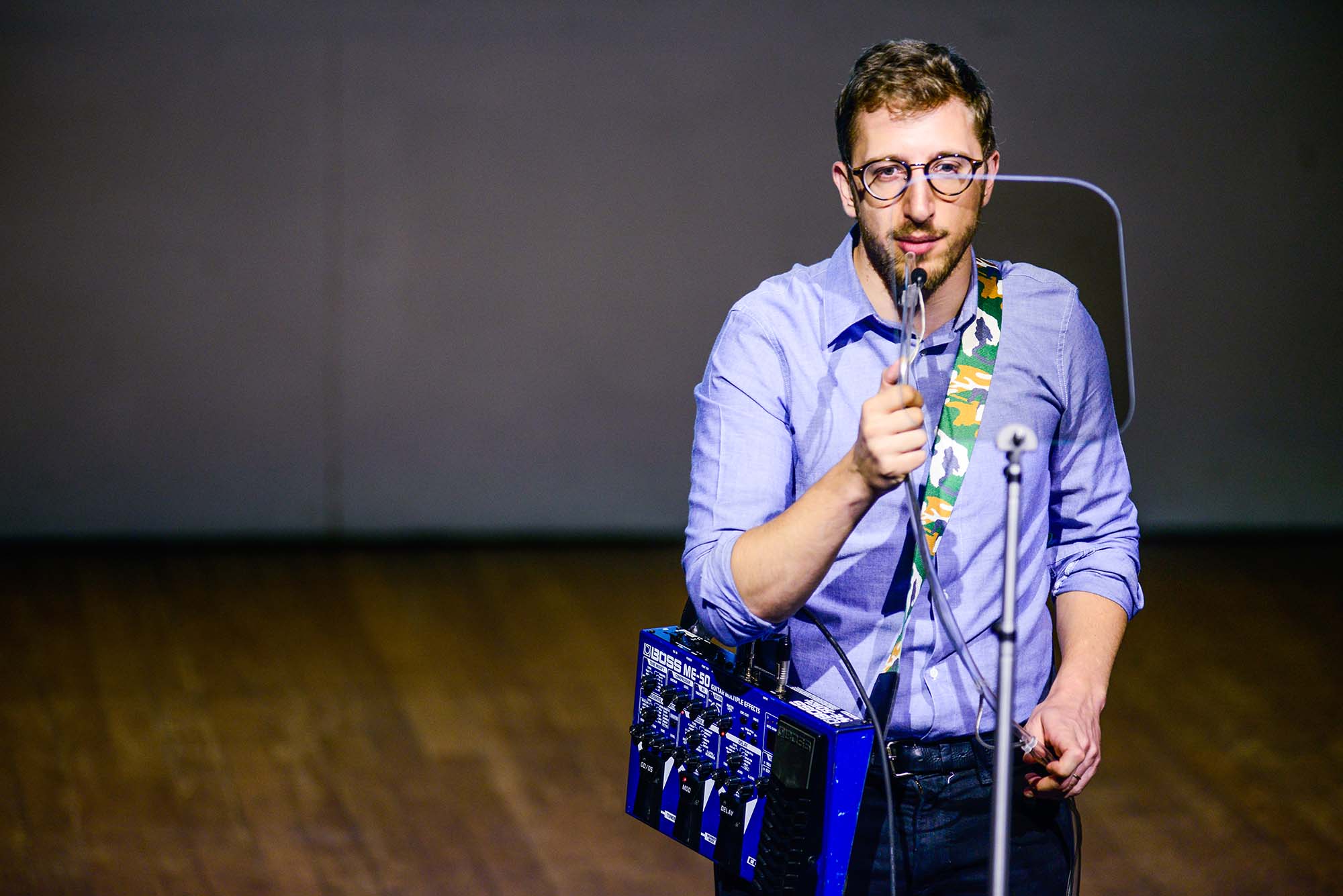 In this work Abu Hamdan seeks to explore the ways in which our right to silence can be preserved in today’s All-Hearing and All-Speaking society. In his reappraisal of silence and its politics Abu Hamdan will look into the linguistics of Taqiyya, an old piece of islamic jurisprudence practiced only by esoteric minorities that allows a believing individual to deny his faith or commit otherwise illegal acts while they are at risk of persecution or in a condition of statelessness. By looking into stories of alleged mass conversions of the Druze minority in northern Syria, Abu Hamdan indicates how such minor speech acts can help us re-appraise the precision of speaking, the multiple ways of remaining silent and the inherently unfaithful nature of ones voice.

Abu Hamdan’s new work, Speech against itself, was performed at Festival of Voice as a live audio essay, employing a series of sonic manipulations and pre-recorded samples designed to question the fundamental ways in which we speak, listen and are heard today.

The Festival of Voice was the first major UK celebration of the voice in all its forms. It took place in venues all over Cardiff in June 2016 and featuring local, national and global artists. 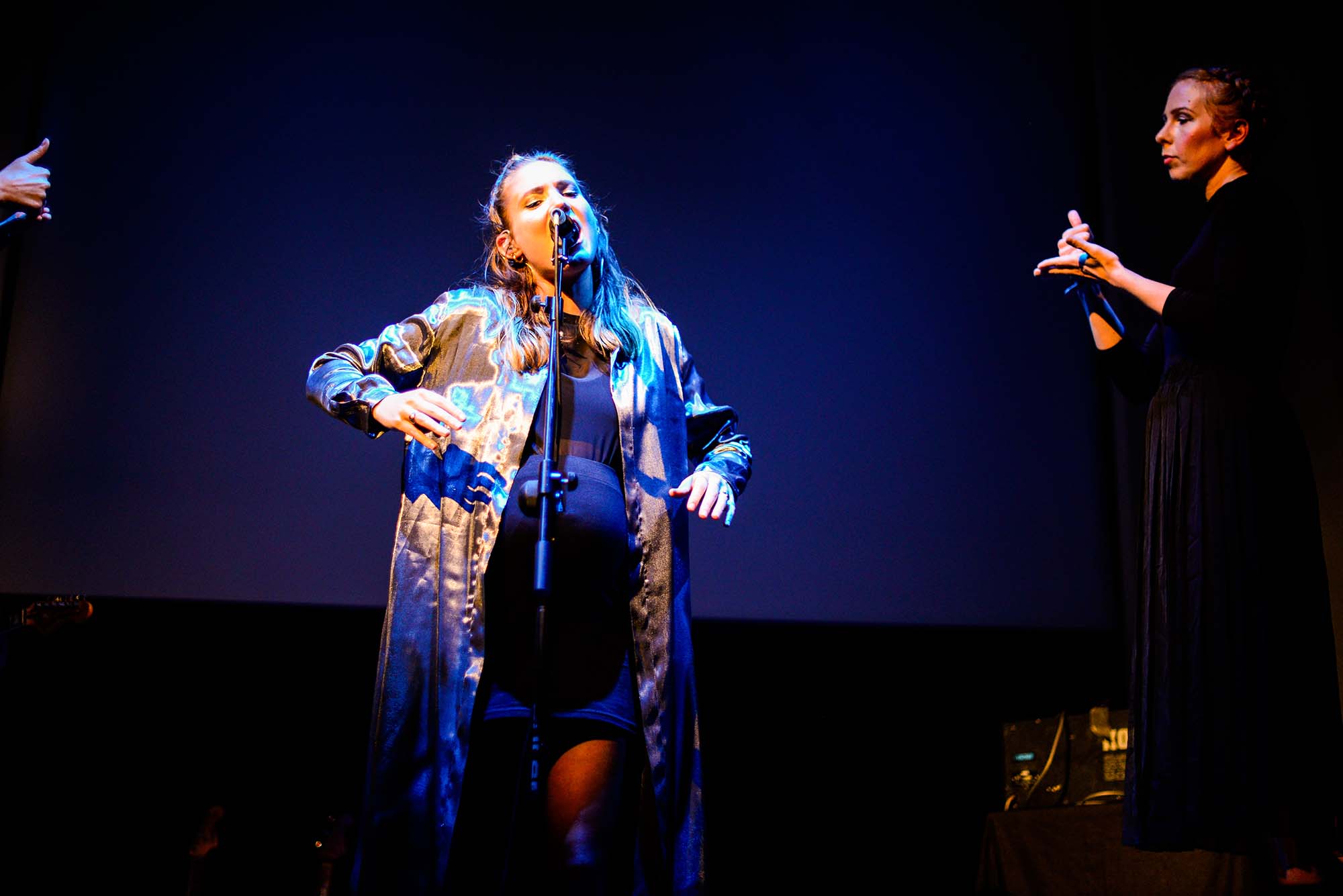 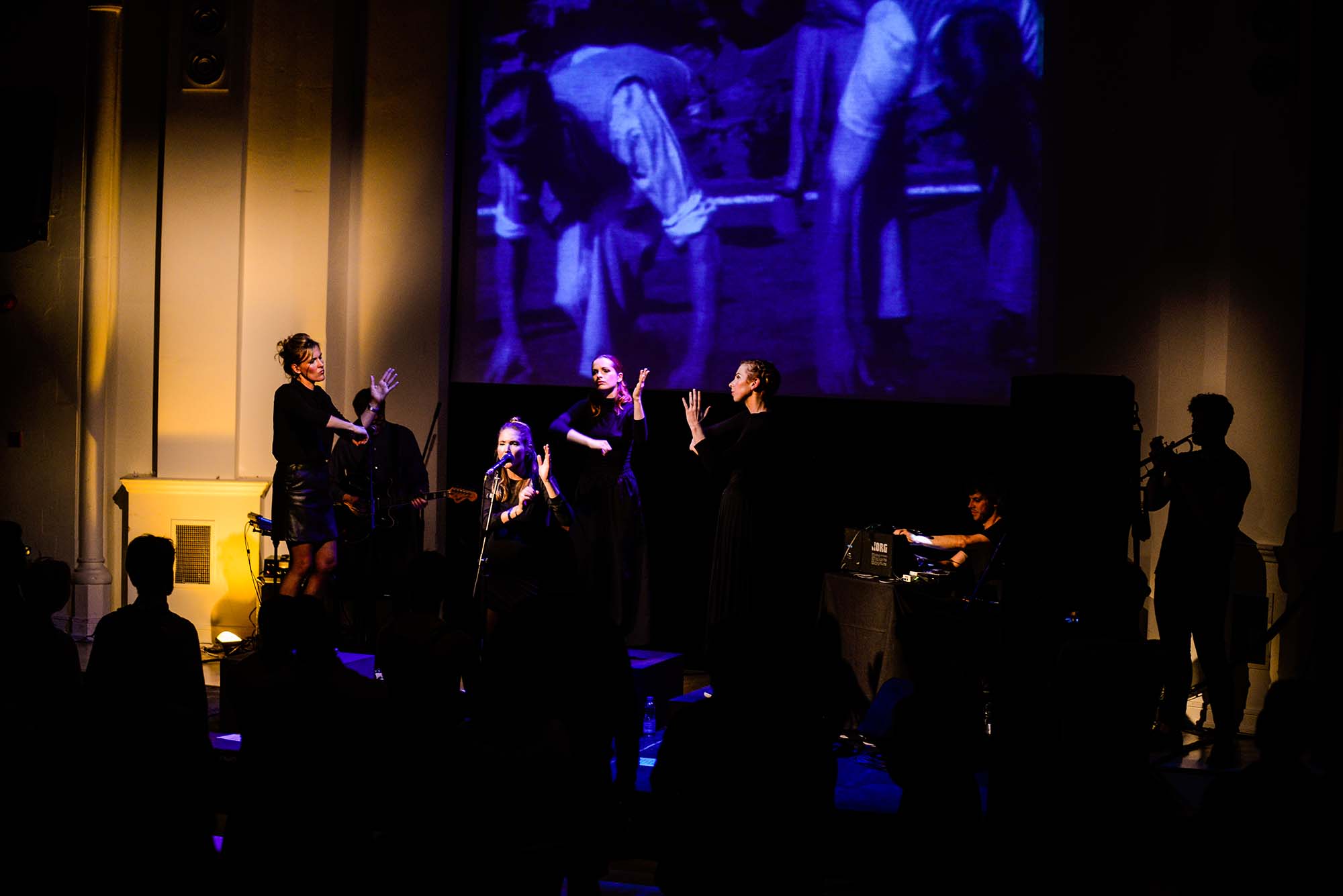 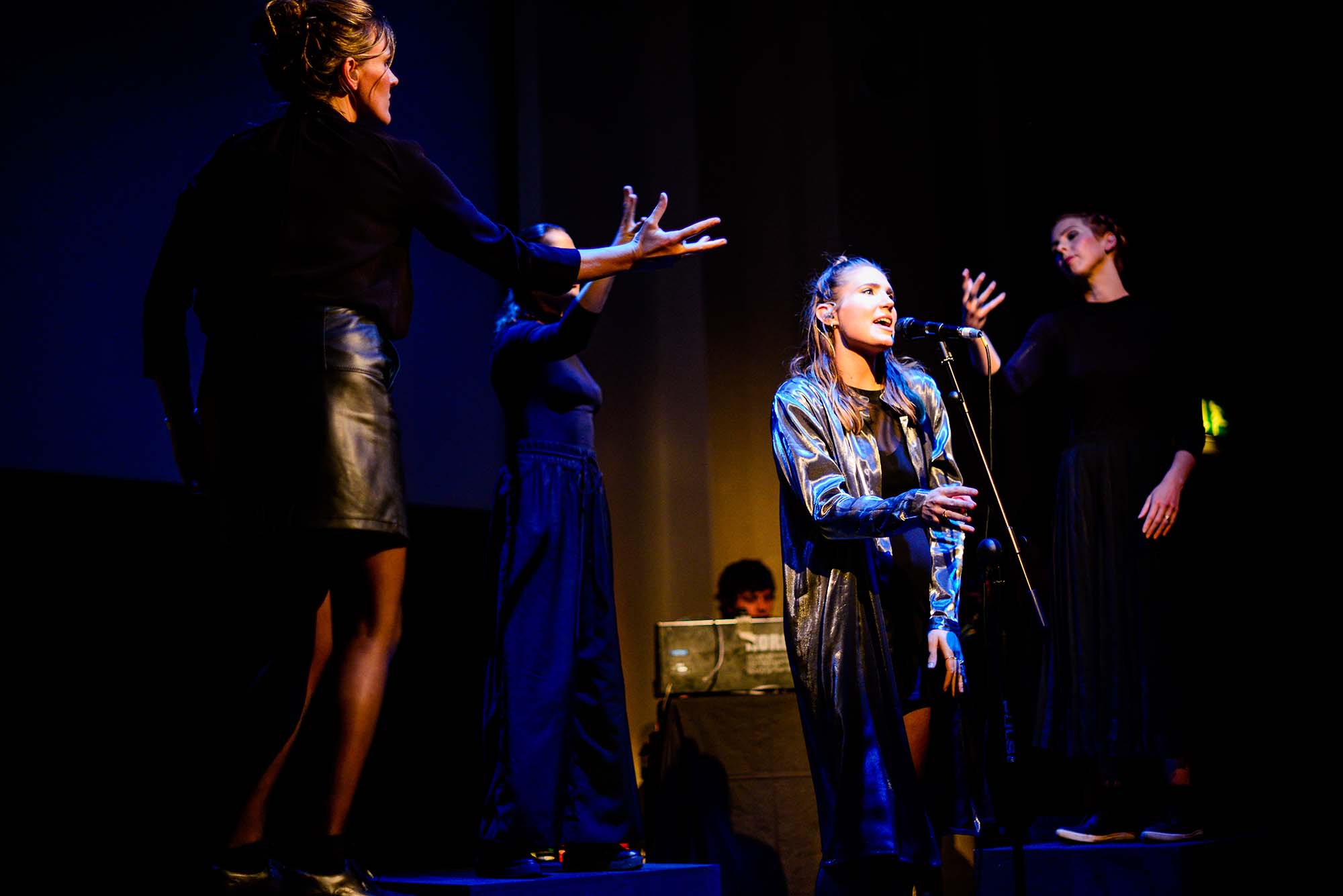 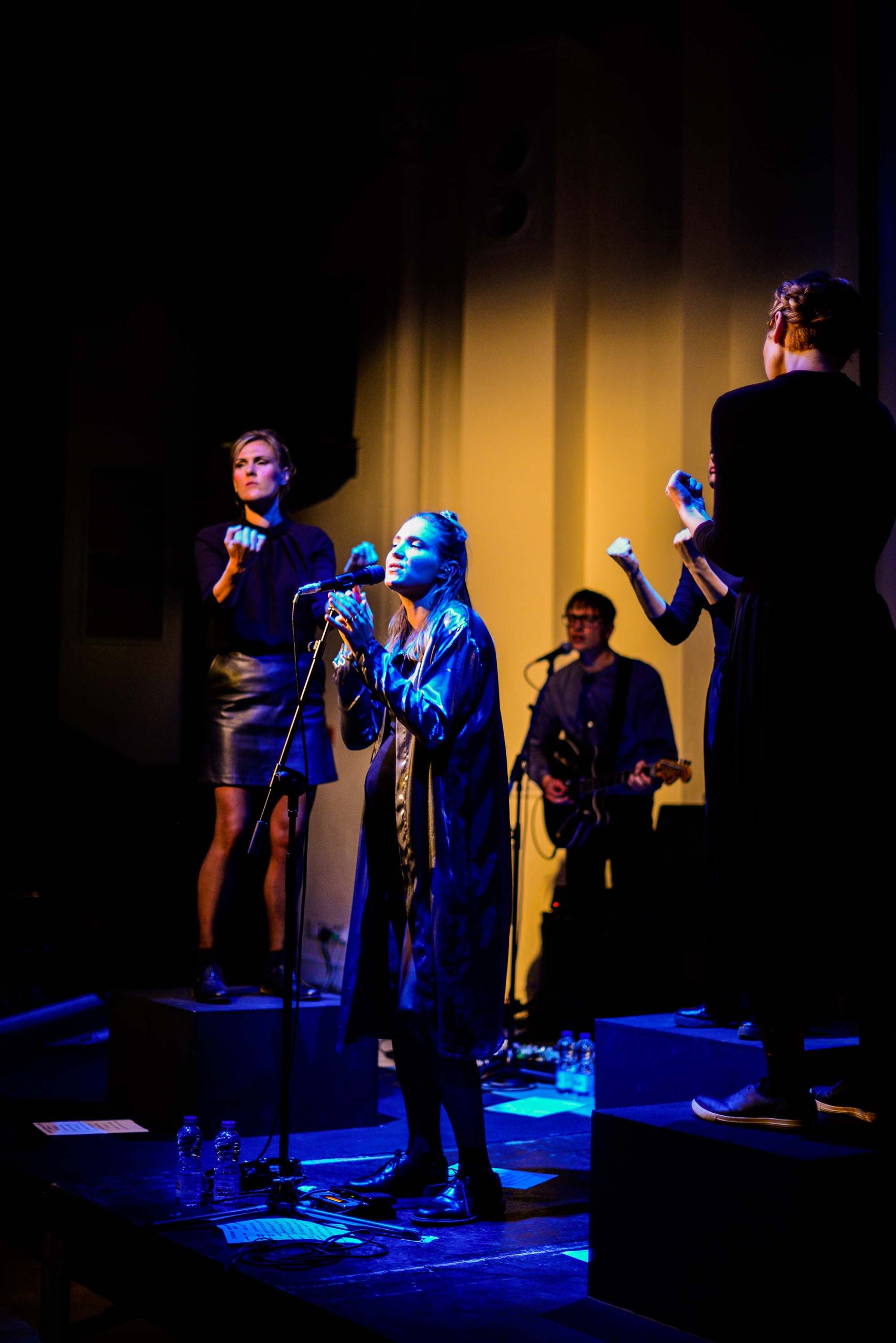 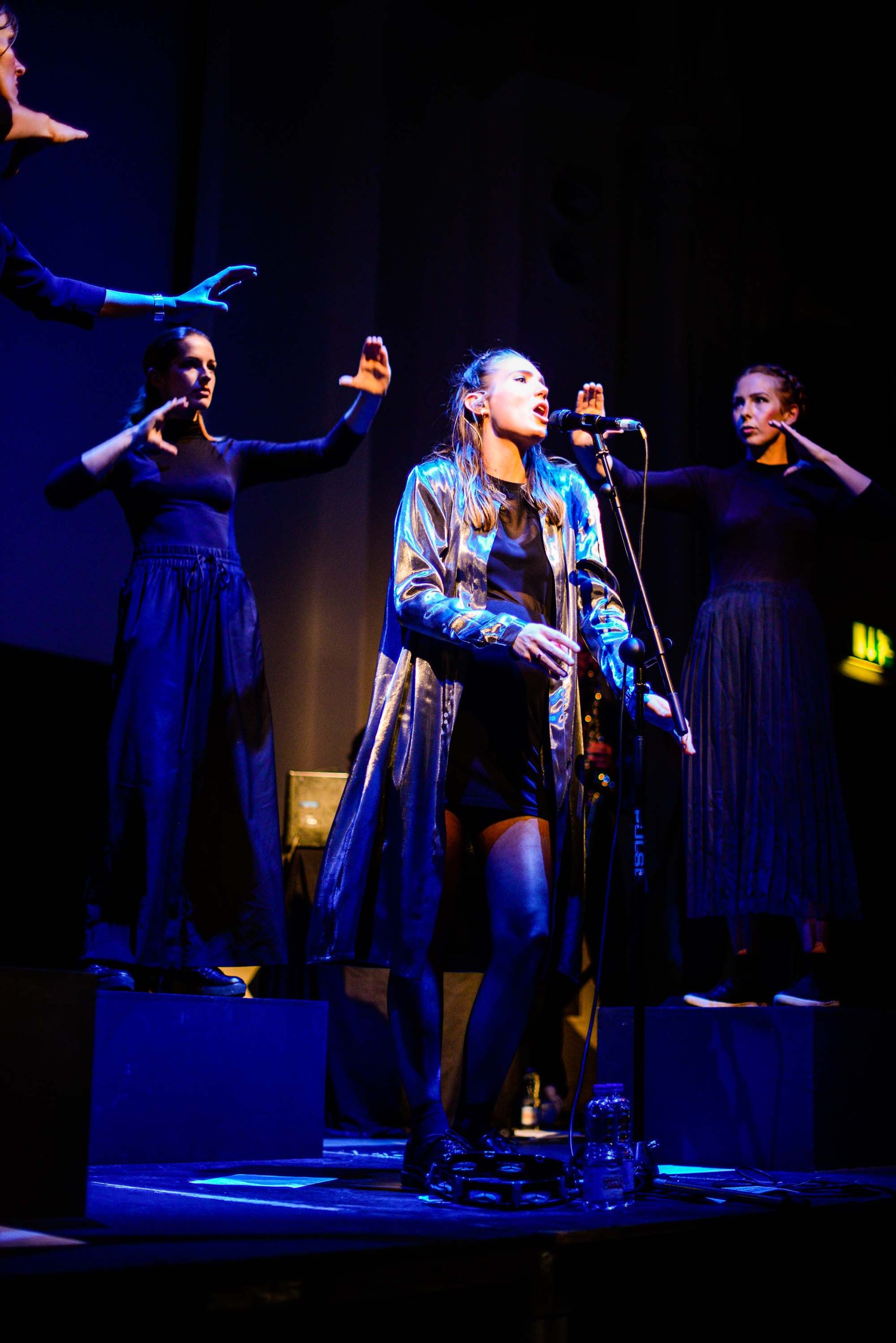 In 2014 Woman’s Hour released the song Her Ghost. The accompanying video featured a young deaf actor performing the lyrics in BSL. The British Journal of Photography described the video as “rich and glowing, fluent and immediate”. Subsequently the band developed the idea into a live touring performance.

The Festival of Voice was the first major UK celebration of the voice in all its forms. It took place in venues all over Cardiff in June 2016 and featuring local, national and global artists.