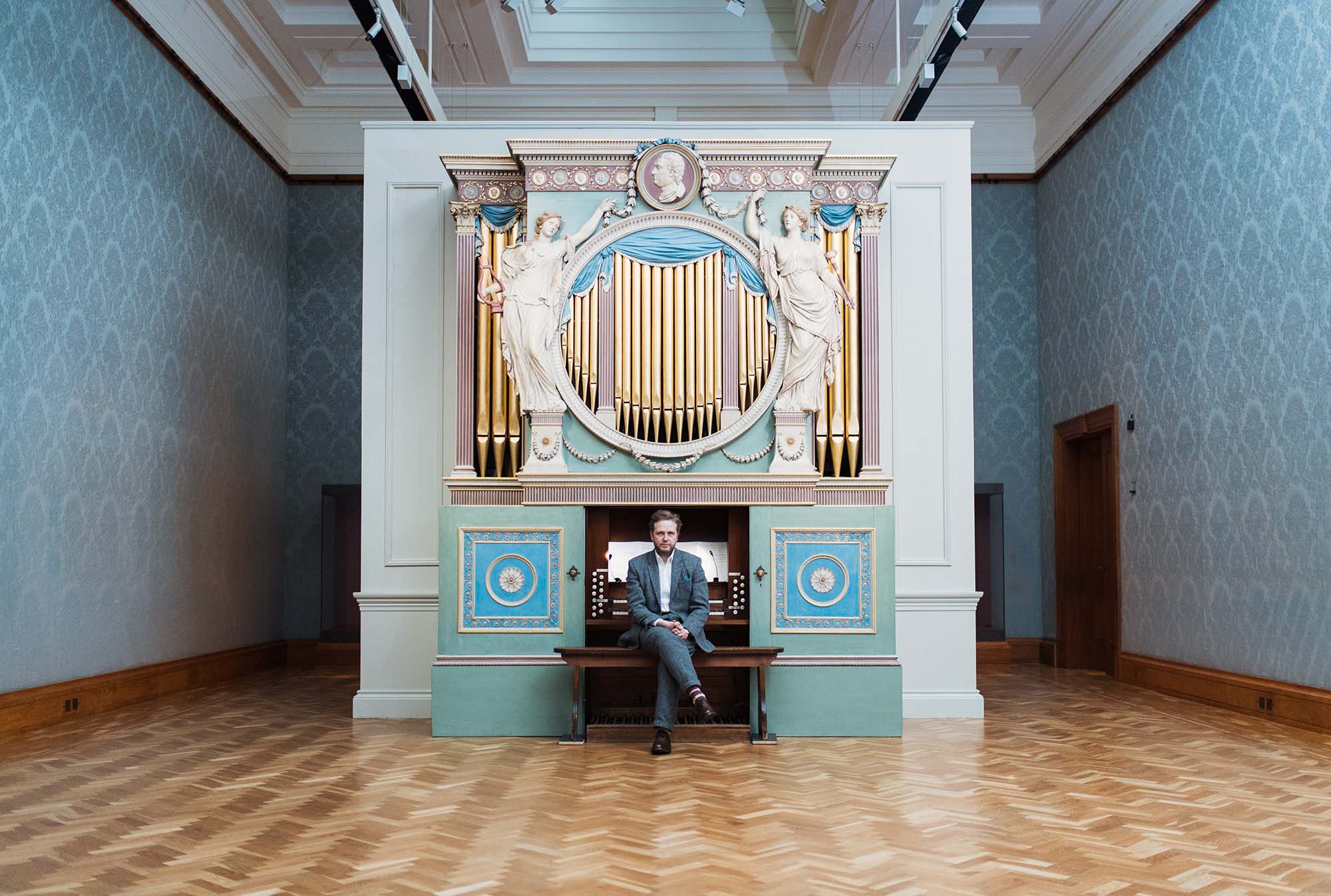 Staging become key tools in the artist’s attempt to convey sincere emotion and offer a genuine experience to the audience. Kjartansson’s playful work is full of unique moments: the dramatic and the banal come into conflict in a memorable way.

Following his participation in the Artes Mundi 6 exhibition, Kjartansson was awarded the Derek Williams Trust Artes Mundi Purchase Prize and commissioned by Artes Mundi and National Museum Wales to develop a new performance piece, The Sky in a Room, which across a five-week period, for five hours a day, saw a revolving series of organists performing the 1959 hit song “Il Cielo In Una Stanza” (The Sky in a Room) on the 1774 Sir Watkins Williams Wynn organ from 3 February to 11 March 2018.

This exciting commission merged historical and contemporary art forms in a space where the visitor becomes witness to a dreamlike, surreal, and sometimes humorous environment typical of Kjartansson’s practice. Centred on the organ, a key feature of National Museum Cardiff’s 18th century British art gallery, the performance included the removal of the full collection of paintings, exposing the ornately patterned light-blue wall fabric and isolating the organ and the performer.

Originally described by the composer as the belief “that love, at any moment, could overcome any barrier or border”, the Italian pop song at the centre of the work is Il Cielo In Una Stanza, written by one of Italy’s most celebrated songwriters Gino Paoli and was originally recorded by Italian national treasure Mina. The song has also featured in classic films throughout the 20th century including “Girl With A Suitcase” (1960) and Martin Scorsese’s “Goodfellas” (1990), and has been re-recorded in Italian, English and French including a version by Carla Bruni.

Describing the piece, Kjartansson said: “The Sky in a Room” is to be set in a blue room exhibiting 18th century British paintings. I want to do a piece about space, the transformation of space in that lovely room. This solitary space, usually filled with glorious artwork, suddenly becomes empty. Then “Il Cielo in una Stanza” is to be played constantly on the ancient organ. It is a song all Italians know, it is almost the Italian national anthem of love. An ode to the transformation of space in that grand blue organ room”.

Kjartansson’s work has been exhibited widely. Solo exhibitions have been held at Guggenheim Bilbao, New Museum, New York and  ICA, Boston, Migros Museum für Gegenwartskunst, Zurich, the Fondazione Sandretto Re Rebaudengo, Turin, Frankfurter Kunstverein and BAWAG Contemporary in Vienna. Kjartansson was the recipient of Performa’s 2011 Malcolm McLaren Award for his performance of Bliss, a twelve-hour live loop of the final aria of Mozart’s The Marriage of Figaro and in 2009 he became the youngest artist to represent Iceland at the Venice Biennale. In 2013 he was invited again to the Venice Biennale and, for the entire duration of the show, he put on a captivating musical performance in the aquatic spaces of the Arsenale.

When you are here with me

This room no longer has any walls, but trees

When you are here, near to me

No, no longer exists

A harmonica sounds It seems to me like an organ

That vibrates for you and for me

Up in the immensity of the sky

For you and for me

(From Il cielo in una stanza, written by Gino Paoli) 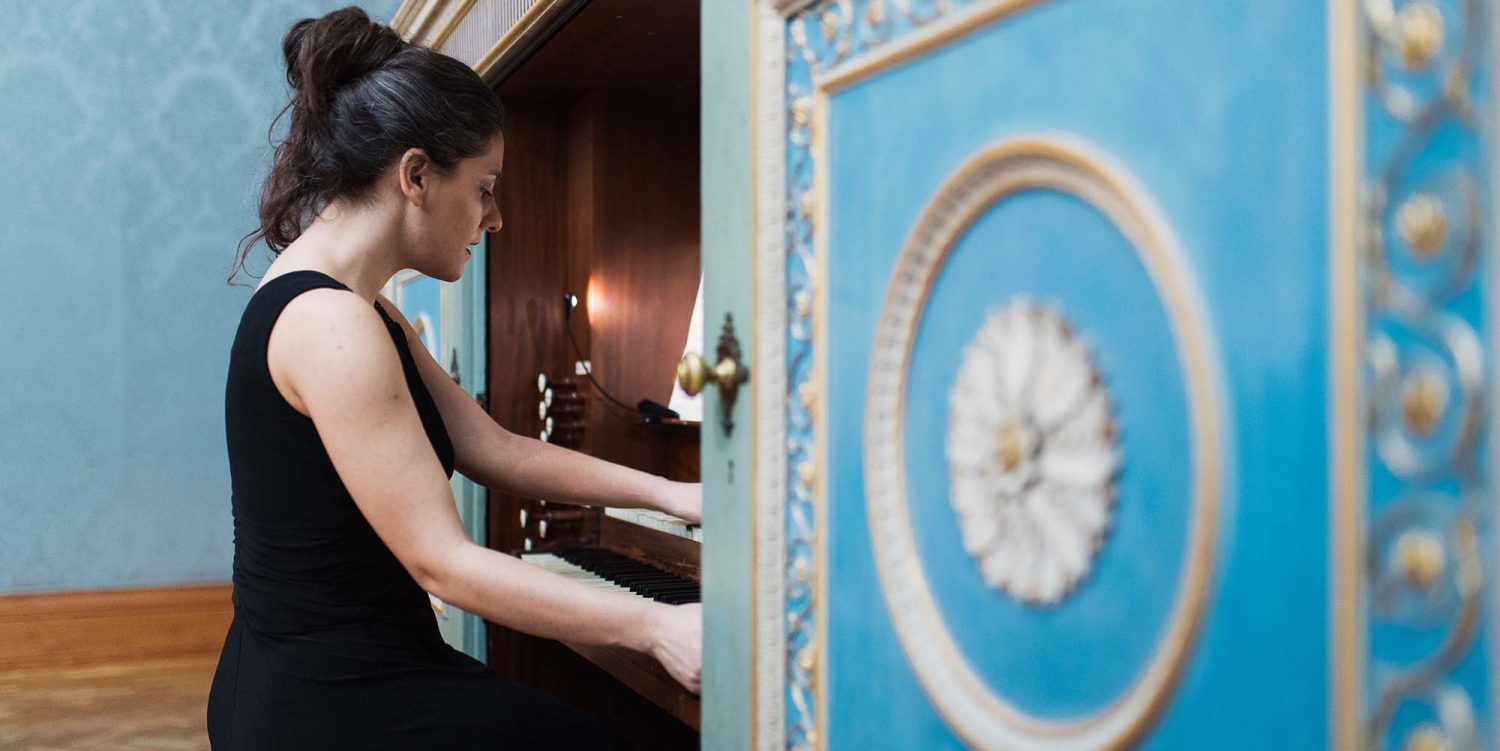 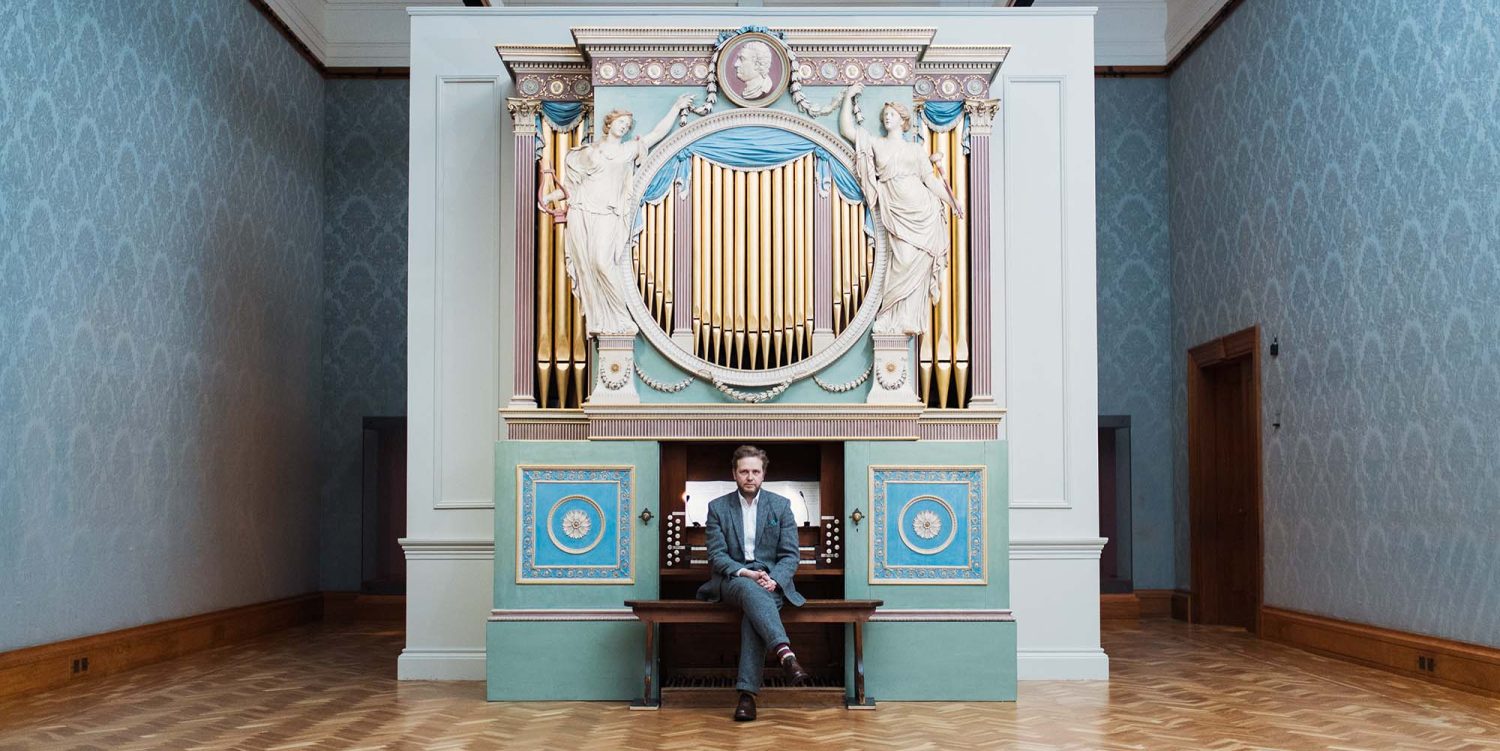