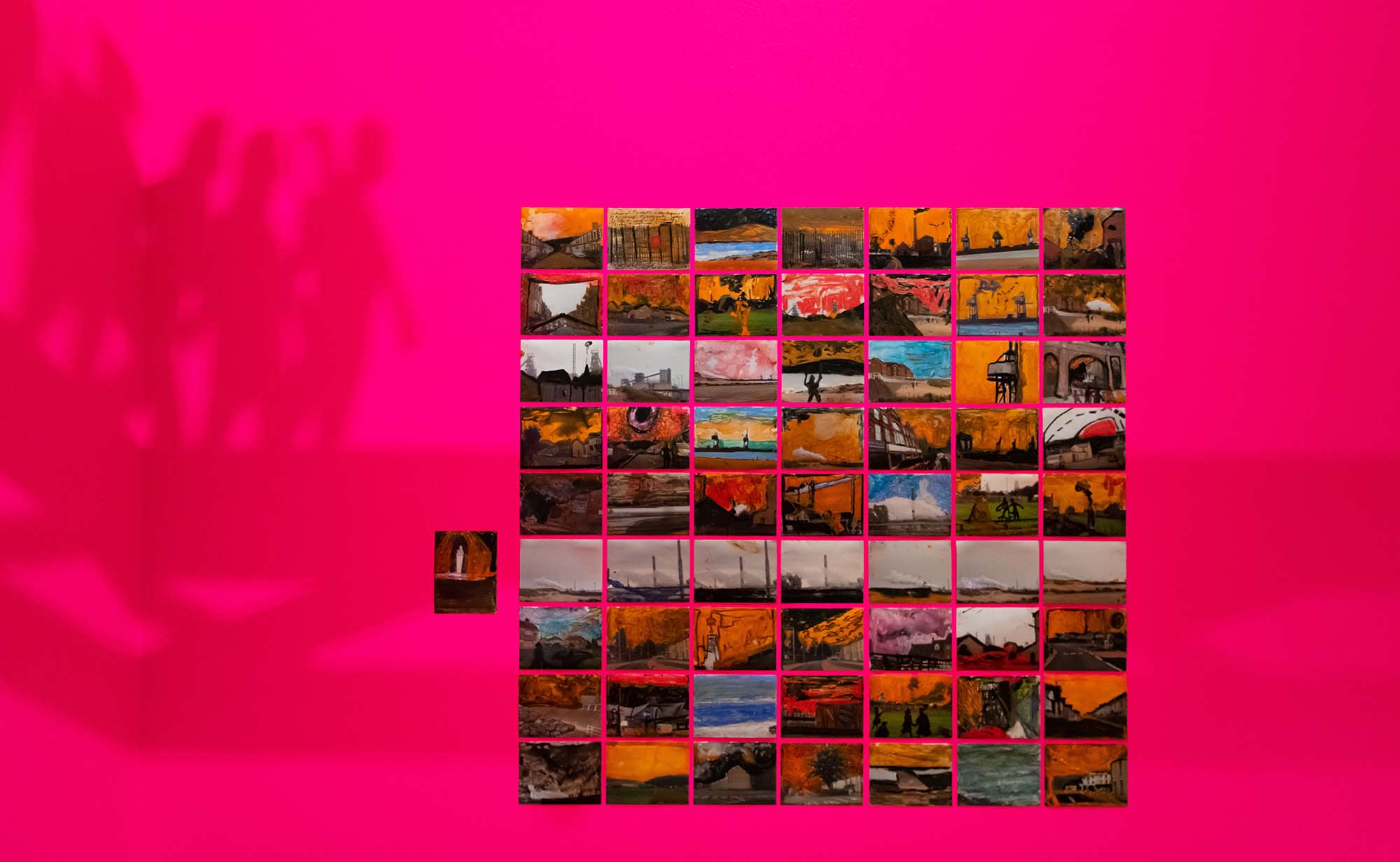 Her raw and expressionistic works combine painting, drawing, writing, collage and sculpture to contemplate the past and present through intersections of economics, philosophy, literature, and myth. Since the 1970s, Boghiguian has travelled continuously, and her work has charted her impressions and observations of various societies, as well as her experiences of non-belonging as a foreigner and outsider. In Boghiguian’s work, the palimpsest of memory takes physical form as a rough accumulation that thickens the surface of her paintings with encaustic, pigment, steel, collage and non-specific debris.

Typical of her politically charged and nuanced drawings, paintings, cut-outs and installations which survey globalism and intricate economies of power, A Meteor Fell From The Sky is a monumental installation produced specifically for Artes Mundi 8 and rooted in local Welsh histories and context concerning the steel industry, while moving past faceless global economics and into the communities whose lives encompass it, including nearby Port Talbot, Wales. 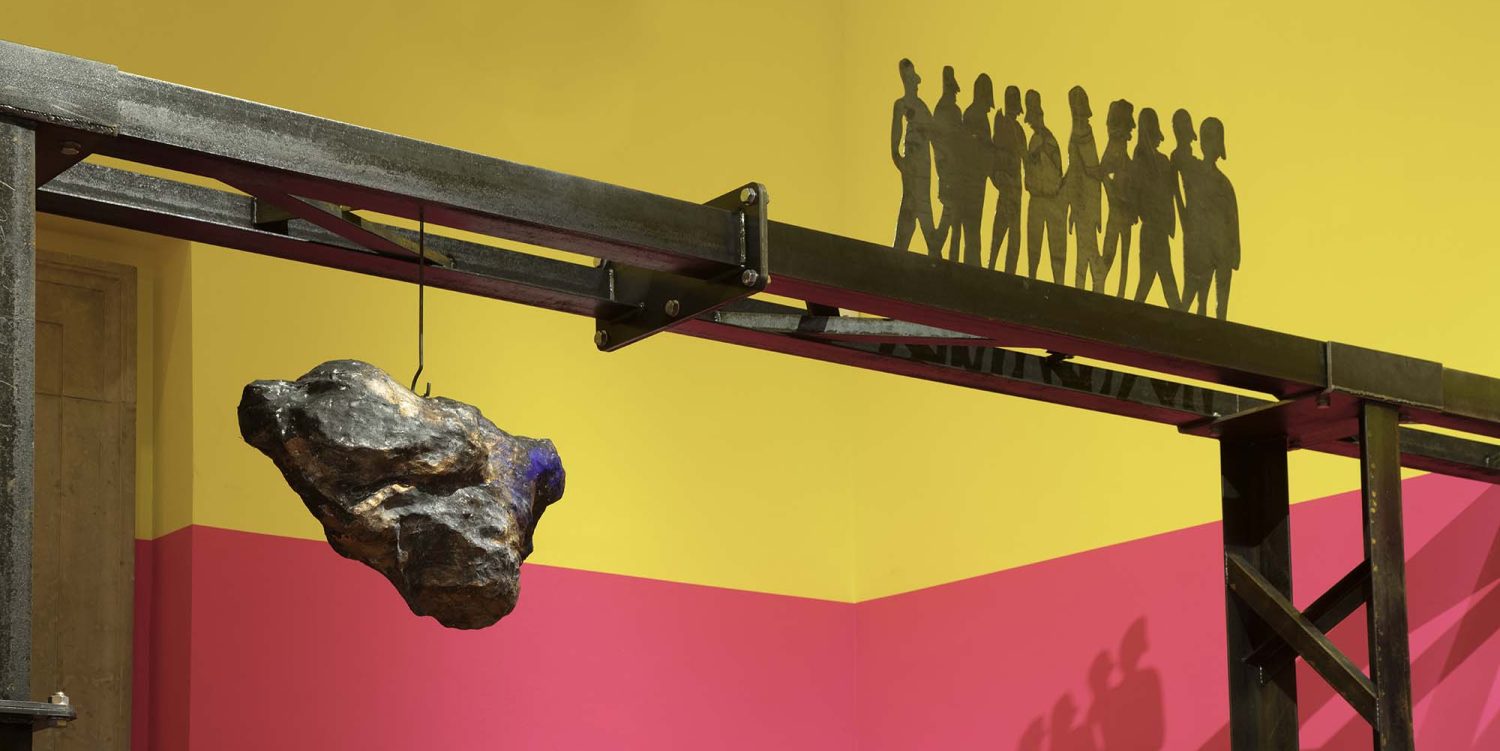 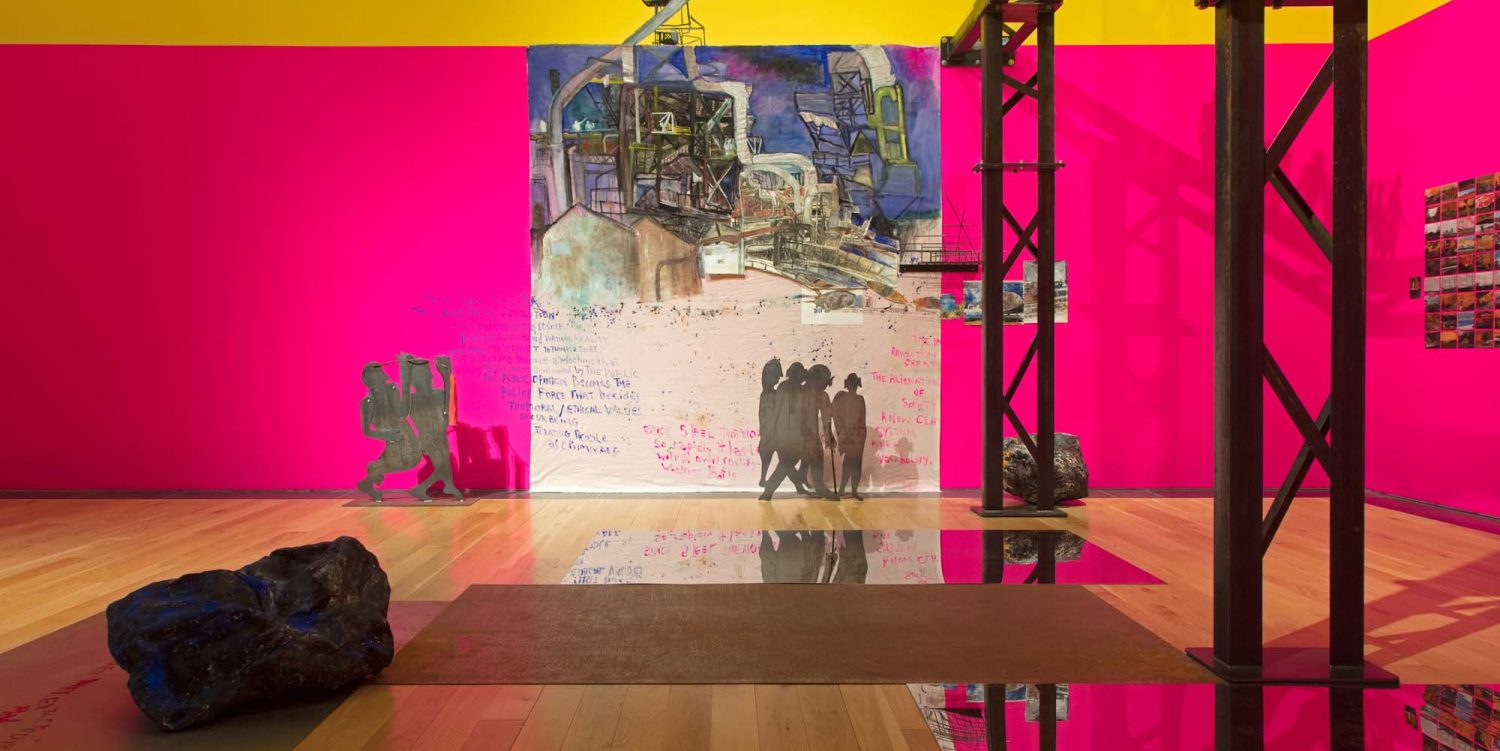 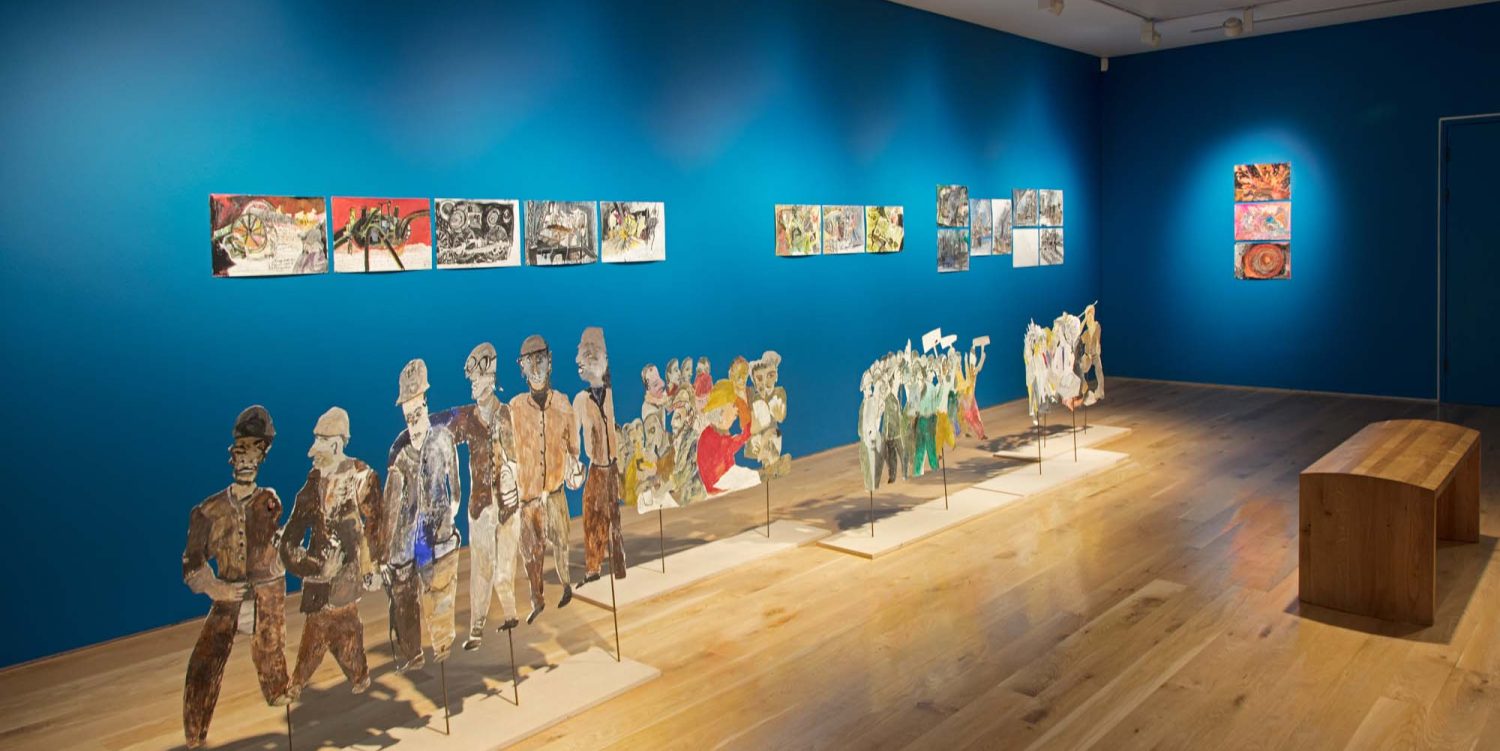 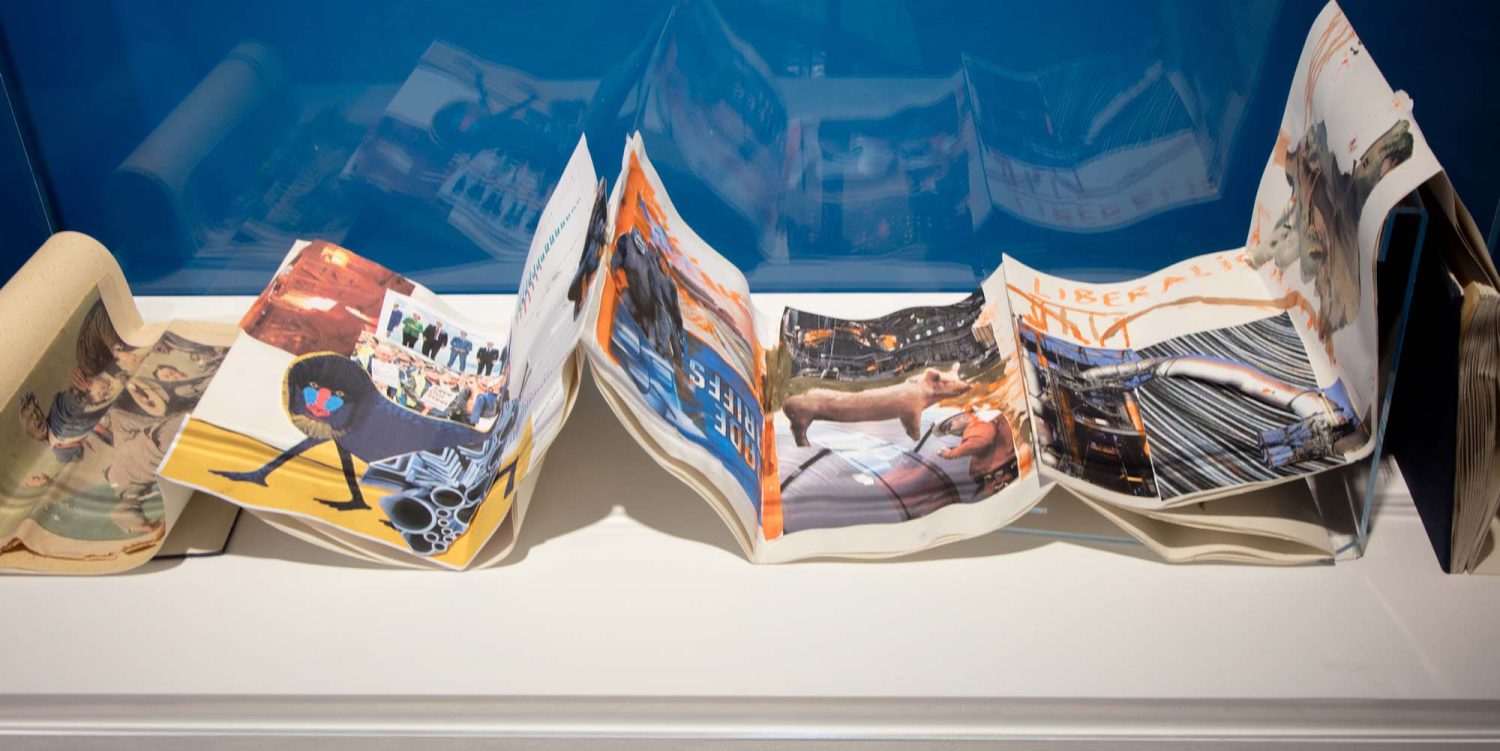 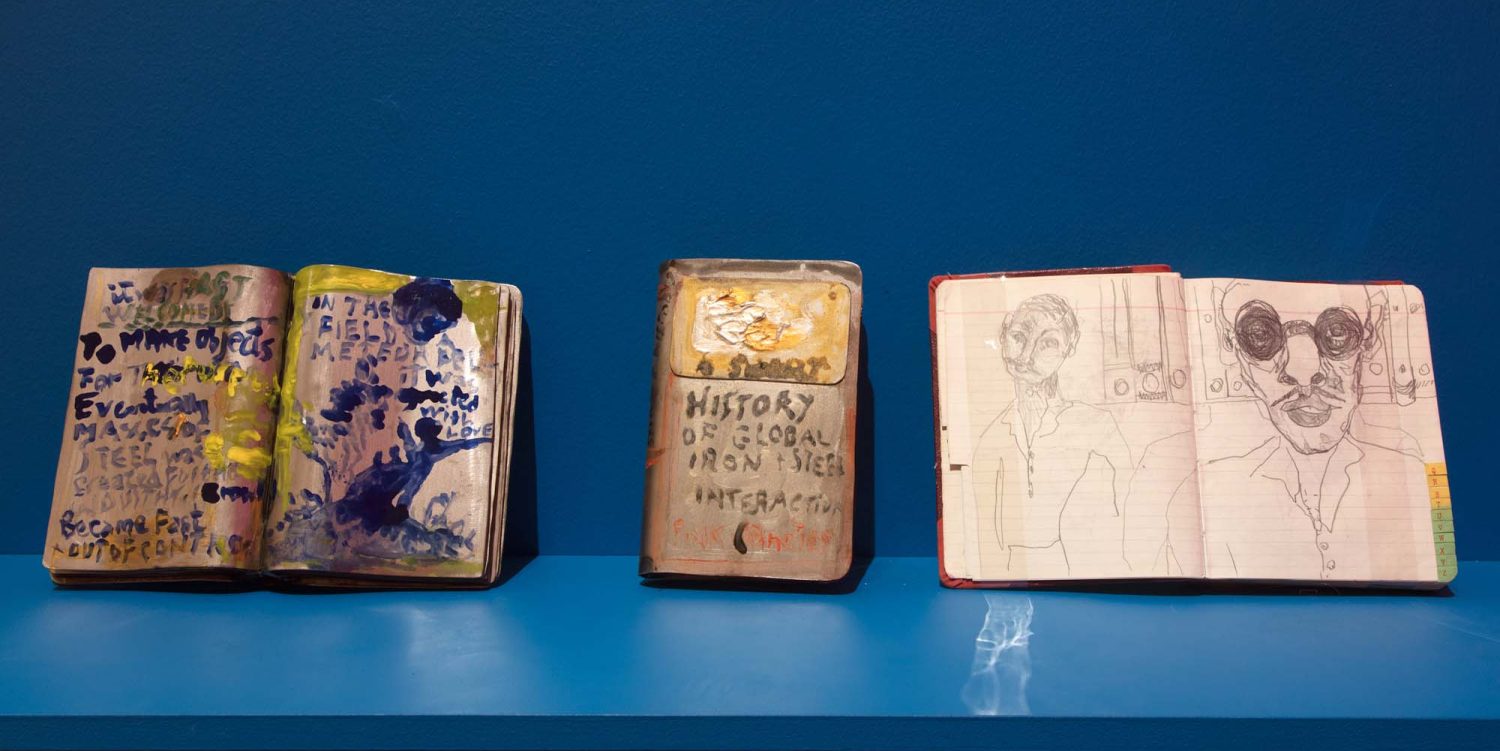